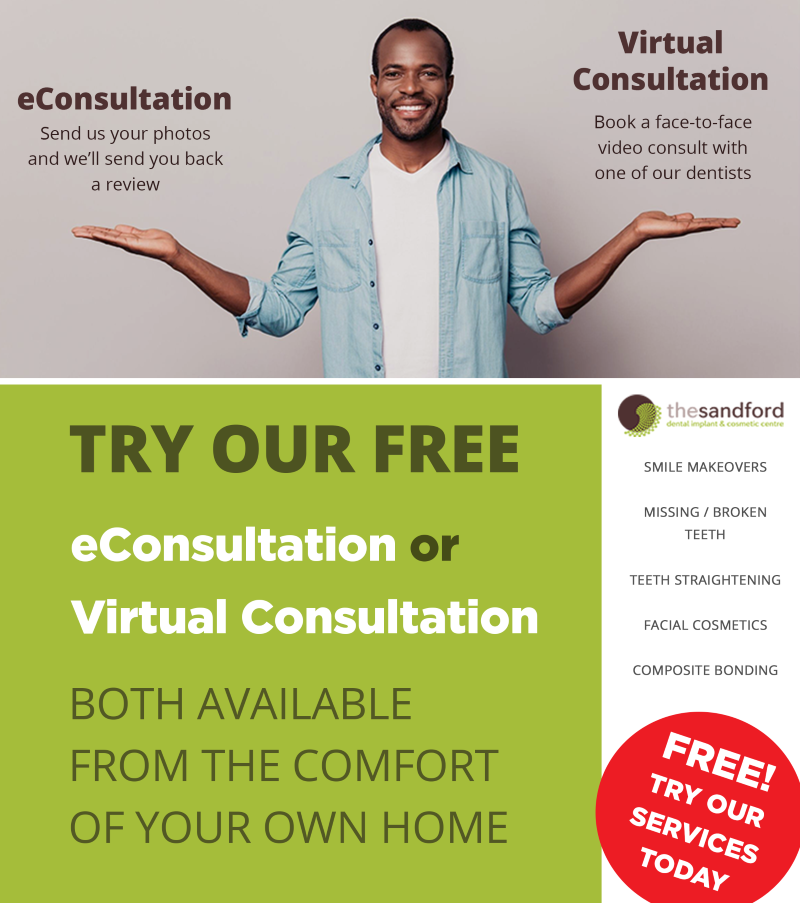 We welcome all referrals to The Sandford Dental Implant and Cosmetic Centre. We accept referrals for implants, orthodontics, endodontics, periodontics, intravenous sedation, CT scanning and other dental imaging.

The centre is ideally situated next door to Bexleyheath Dental Practice and is accessible by road and rail making it an ideal referral centre for South London and North Kent.

At the Sandford, we are able to offer you and your patients a first-class service and, after treatment, your patient will revert to you for any further treatment. For dental implant treatments, we are happy for you to carry out the restoration yourself or alternatively, we can undertake this for you.

To refer a patient, simply complete the referral form below. You can either submit this to us online or, or alternatively please click here to print a copy and send it to us via post or e-mail at info@thesandford.com. 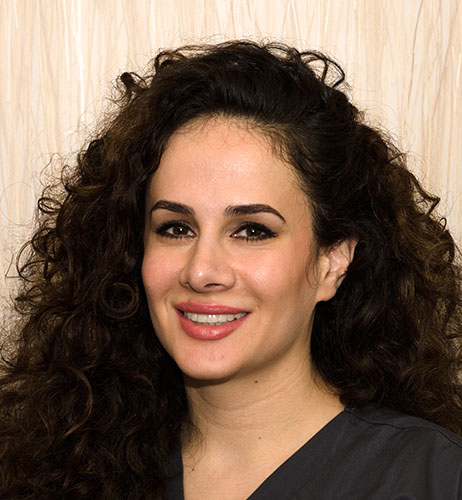 Dr Nina Shaffie, our award-winning orthodontist, prides herself in offering an extremely high standard of orthodontic treatment in a relaxed and friendly environment. She graduated with Honours from Barts and The London School of Dentistry in 2010. Read More

She continued her training completing a year as a dentist followed by a year as a Maxillofacial Senior House Officer at The Royal London Hospital and The Homerton Hospital, where she gained experience in head and neck, trauma and orthognathic surgery. Following this, she continued work in practice as a dentist and part time teacher at Barts and Then London dental school working as an Honorary Clinical Supervisor in Oral Surgery.

Nina undertook her three year Orthodontic Specialist postgraduate training course at King’s College Hospital, Stoke Mandeville Hospital and Wexham Park Hospital. She qualified top of her class with a distinction in her Master of Science in Orthodontics and was presented with the prestigious Philip Walther Prize for the most outstanding performance, awarded by King’s College London. She also attained the Membership in Orthodontics (MOrth) with the Royal College of Surgeons of Edinburgh. Furthermore, she was awarded and selected for a short clinical attachment in the Orthodontic department in Sydney, Australia.

In 2018, Nina was awarded the ‘Best Young Dentist in the South East’ at the very prestigious private dentistry awards for her clinical excellence and commitment to her patients.

Nina has been heavily involved in orthodontic research and audits, and has presented her work at national and international conferences, as well as having papers published in peer-reviewed scientific journals. She is an active member of a number of orthodontic societies both nationally and internationally. 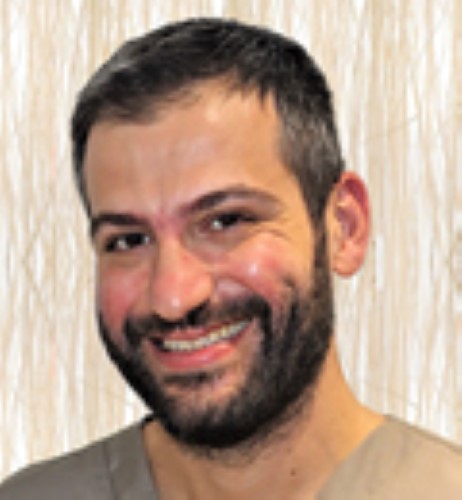 Kostas is a specialist endodontist. He qualified as a dentist in 2007 and continued his post graduate studies, completing his MSc in Endodontics in 2010. In 2011 Kostas applied for entry into the GDC Specialist List (Endodontics UK) and was successful. Read More

He enjoys working in private practices in the UK, limiting his work to challenging orthodontic cases. Kostas believes in continuous education, professional development and life long learning. He is an active member of the British Endodontic Society, participating in more than 30 international congresses, symposiums and practical courses.

Currently Kostas is affiliated with the Department of Tissue Engineering and Biophotonics, Dental Institute, King's College, London, UK as a research associate and is due to complete his PhD. Meanwhile he lectures several endodontic topics to post-graduate dental students. 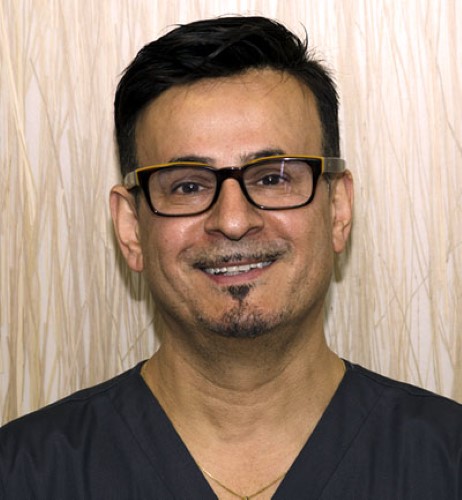 Dr Shaffie is the founder and the principal dentist of Bexleyheath Dental Practice and The Sandford Implant and Cosmetic Centre. He relocated to the United Kingdom with his family 1998 and began his highly ambitious career in general dentistry, especially treating patients with severe dental phobia using intravenous sedation. Read More

In October 2011, Dr Shaffie underwent his Diploma in Implantology a the Royal College of Surgeons of England, and has undertaken several complex multidisciplinary cases along side his team of two other implant dentists. Furthermore, Dr Shaffie attends both national and international course on a regular basis , and has received certificates in sedation, dental phobia and facial rejuvenation. He is a member BDA, FGDP RCS Eng, SAAD, ADI, RSM 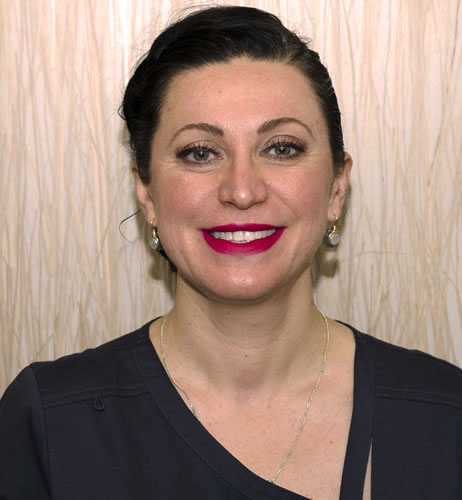 Having graduated with honours from Pomeranian Medical University in Poland in 1999, Kat is a general dentist with special interests in advanced restorative procedures and dental implants. She started her journey working in a community hospital and later as an... Read More

.. assistant in the Department of General Dentistry of the Medical University in Poland, where she was successfully awarded with DDS in the following subject "Oxidant and antioxidant mechanisms in pathogenesis and periodontitis".

Then she started to specialise in prosthedontics and completed many international courses. Kat moved her professional career to the UK in 2005. Since then she has subsequently attended extensive higher education courses across Europe and the UK, ran by some of the most eminent clinicians. Kat has been awarded the highly regarded Diploma in Implant Dentistry from the Royal College of Dental Surgeons in London in 2008 and works closely with Nobel Biocare and Ankylos implant systems, After submitting her dissertation Kat was awarded the degree of MSc in Dental Implantology from the University of Salford 2010. She is an author of many dental articles and Kat is a member of the Association of Dental Implantology, The Faculty of the Royal college of Surgeons, British Dental Association, General Dental Council, Society for the Advancement of Anaesthesia in Dentistry and the Royal Society of Medicine. 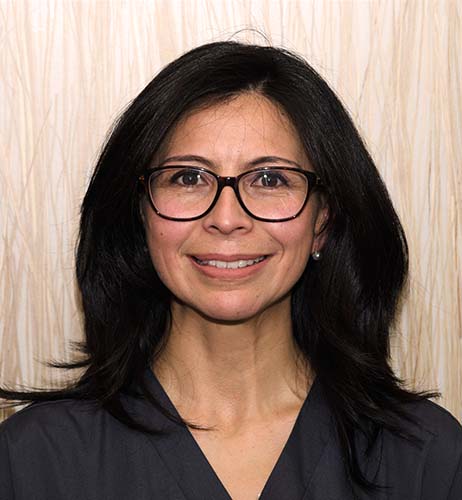 Dentist with interest in Periodontology

enhancing her general clinical skills before deciding to pursue the specialty of Periodontology & Oral Medicine at Universidad El Bosque, Colombia. During her training she spent two months at the Forsyth Institute in Boston, USA as a volunteer student at the Microbiology Department and completed her degree in 2006. After her postgraduate training, she moved to London and successfully completed her registration process as a dental surgeon in June 2008. She worked mainly in private practice as a general dentist with an interest in Periodontology during 4 years before completing her training in Surgical and Prosthodontic Implantology at the UCL Eastman Dental Institute. She now limits her practice to periodontics and Implant Dentistry. 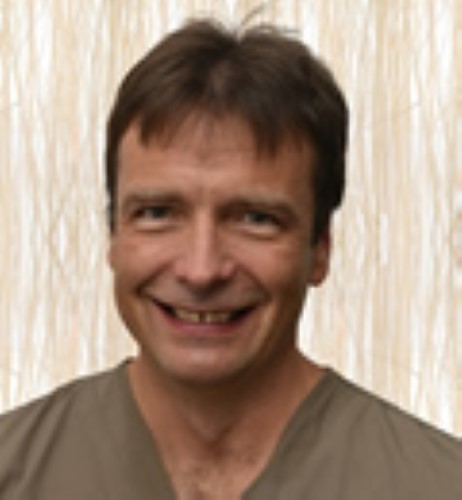 Dr Stepien’s role is Clinical Lead in sedation, providing it to anxious patients undergoing long procedures such as dental implants. His anaesthesia skills and use of modern drugs and equipment make it a pleasant (or at least not remembered) experience. He is also responsible for educating dentists ... Read More

... and dental nurses in sedation techniques, maintenance of equipment and drills - all for the patient’s safety. Dr Stepien graduated from Pomeranian Medical Academy in Poland in 1999 and has trained in Anaesthesia and Intensive Care in Poland, UK and Australia. He was awarded Certificate of Specialist Training by Royal College of Anaesthetists having trained in some of the best known hospitals in London, such as University College, Royal Free, Royal Marsden and Royal London Hospitals. His special interests are acute pain management (after surgical operations), regional anaesthesia and sedation for procedures like gastroscopy, colonoscopy and bronchoscopy. 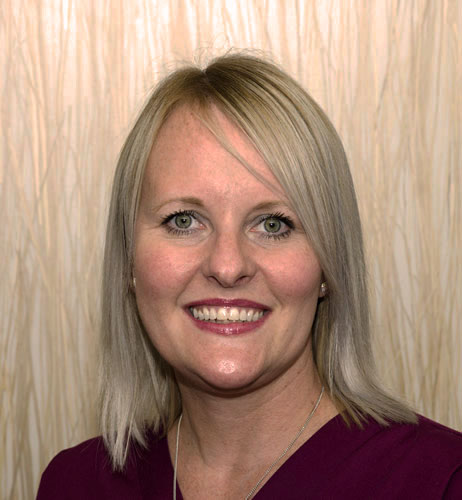 Claire has been a dental nurse for over 20 years, suffice to say there is nothing she has not seen. She is qualified in Radiography, Phlebotomy and Oral Health Education and has a wealth of experience also previously working as a practice manager and lead nurse. Claire recently completed the SAAD course and has been assisting with patient sedation for the last 15 years. Read More

Of her many roles, Claire works closely with The Sandford’s specialists when placing implants and grafting procedures, takes blood for patients who are having plasma for grafting or facial procedures.